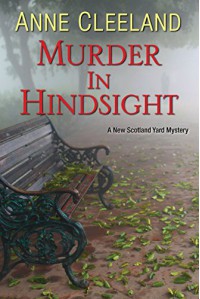 I haven't read the first two books in this series and while this can be read as a standalone novel, I felt that I was missing something through most of the book. Perhaps the history between the characters would have been helpful to keep me interested.

Not having history with the characters was a detriment to the story for me, however the characters were well developed individually. There was enough reference to their personal histories that I felt like I knew who they were. Doyle was interesting, rough around the edges and constantly putting herself in harms way. While that could have easily turned into too much risk, it teetered on the edge of reasonable for me so I enjoyed it.

Lord Acton was a bit elusive but Anne Cleeland did a great job with giving you his intentions even if she wouldn't give you his innermost thoughts. Along with the other characters, it was a well rounded cast of law enforcement and criminals all privy to their own set of moral judgement. As with real life, judgement isn't one person's job.

There were a few twists and turns that were unexpected but all in all this just didn't hit the mark for me. If you have read the first two in this series you would probably enjoy this book. It was well written and the plot flowed nicely.